AAA Forecasts National Gas Price Average to be 40 Cents More Expensive
TOPEKA, Kan. – For the first quarter of the year, gas prices have been expensive. On average, motorists are paying a quarter more than at the same time last year. While pump prices have dipped in recent weeks, this is not a trend consumers should expect to linger. AAA forecasts the national gas price average will be as much as $2.70/gallon this spring – a costly pump price Americans have not paid since summer of 2015 when prices hit $2.81. 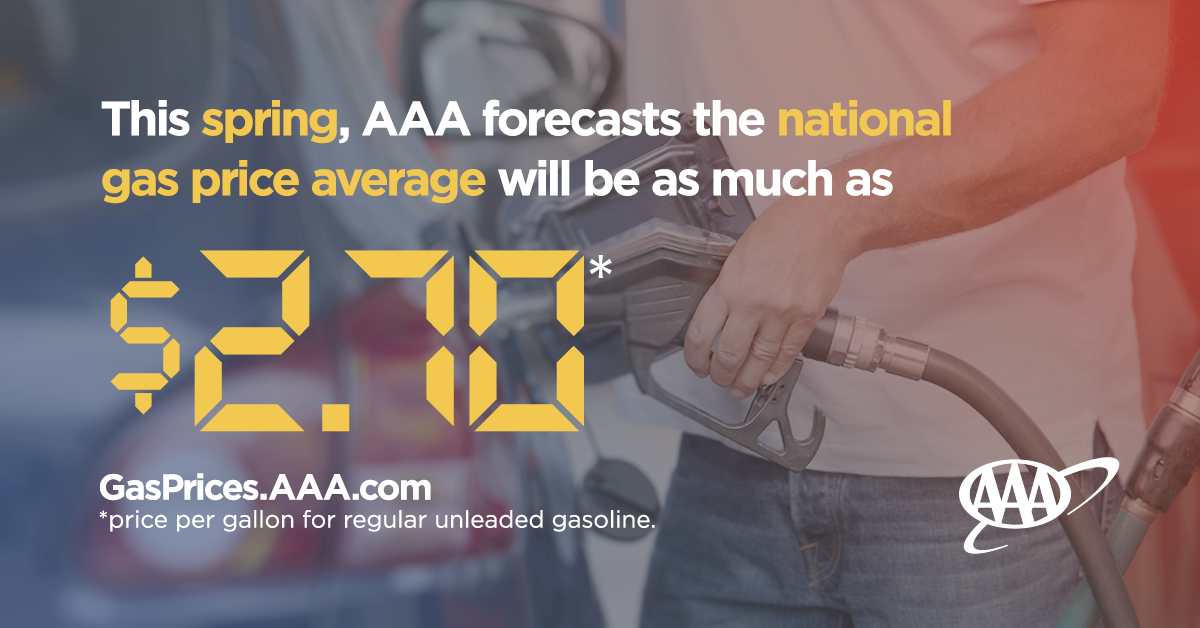 “There is tremendous volatility in the oil and gasoline market. Crude oil is selling at high prices compared to previous years, and domestic gasoline demand has been high most of the winter. These are among the factors driving gas prices up and draining consumers’ wallets,” said Shawn Steward, AAA Kansas spokesman. “This spring, consumers may have to make decisions on where they can cut costs to cover gas prices that are potentially 40-cents more per gallon.”
After a couple weeks of declining gas prices in the Sunflower State, the Kansas average rose two cents from Tuesday to Wednesday of this week, to $2.39/gallon, with some markets, including the Wichita metro area, seeing  a 10- to 15-cent increase overnight to $2.49. One year ago, the average gas price in Kansas registered at $2.18.
A new AAA survey found the vast majority of consumers would change their driving habits or lifestyle to offset higher gas prices. One in four say they would start making changes at $2.75, while 40 percent say $3.00 is their tipping point. Changes consumers said they would make include combining errands or trips (79%), driving less (73%), reducing shopping or dining out (61%), delaying major purchases (50%) and driving more fuel-efficient vehicles (46%).
AAA does not expect the national gas price to be reminiscent of 2011-2014, when motorists were paying on average $3.47/gallon. While some states, like California, may see $4/gallon, it will be temporary.
“Motorists will start to see gas prices make their spring spike in early April. That is when refinery maintenance is expected to be wrapped-up and the switch-over to more expensive summer-blend gasoline kicks in along with warmer weather and typical demand increases,” added AAA Kansas’ Steward. “Consumers can expect prices to likely increase throughout April, May and into the start of summer.”
Fuel Savings Tips for Consumers
According to the AAA Foundation for Traffic Safety’s American Driving Survey, on average, Americans drive 32 miles a day and spend 51 minutes behind the wheel. AAA Kansas offers a few ways to conserve fuel: 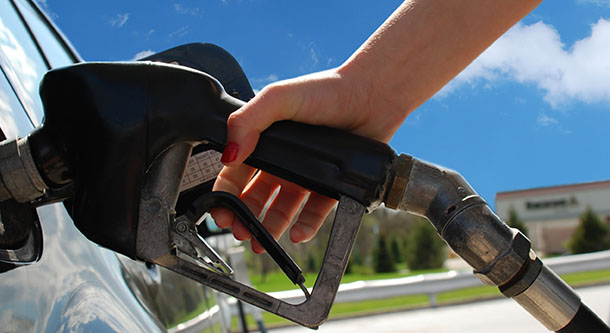 Summer Look Ahead
AAA expects summer gas prices to be just as expensive as spring prices, but with the potential that they may not increase at such a quick rate. Heading into summer, a variety of factors including U.S. gasoline supply-demand levels, domestic gasoline production rates, and global crude demand will help better shape the summer forecast.
Oil Market Dynamics Overview
Since December, the crude oil market has been on a volatile ride. West Texas Intermediate (WTI) crude prices hit a closing high of $60/barrel in late December and continued to climb into 2018 up to $70/barrel, translating into expensive gas prices this winter. However, when the financial markets began to fluctuate in February, oil prices took a hit and have been mostly trending cheaper – between $59 and $62 – and gas prices are following suit.
As crude prices bounce around, U.S. crude production continues to soar. Production growth has been fueled by a sharp increase in the number of active oil rigs in the U.S., which currently total 799. That figure is 197 more rigs than last year’s count at this time.
Similar to the year-end crude price spike, the production trend started at the end of 2017 when U.S. crude production hit 10 million b/d for the first time since November 1970. This move surprised most market analysts who did not expect the record to be broken last year. Since January, domestic crude production rates have steadily grown. In fact, according to the Energy Information Administration (EIA), all U.S. crude production in February 2018 has remained above 10 million b/d, and the rate is likely to continue its ascent.
Motorists can find current gas prices along their route with the free AAA Mobile app for iPhone, iPad, and Android, as well as at gasprices.aaa.com.
Categories: Kansas
| Tags: featured